In stock
Only 4 left
SKU
EQRBHW
Be the first to review this product
$3,312.00
Add to Compare

This OMG RhinoBond Hand Welder with 3 Short Magnets offers an innovative, new, faster, and more durable method for TPO and PVC membrane installation. Used as a stand-alone or in conjunction with its larger cousin, the OMG RhinoBond Welder Tool (also sold by Builders Warehouse), it quickly dispatches those difficult corners or "under something" areas.

*Note this product is back-ordered with an expected lead time of 6 months. Expedited shipping speeds will NOT get this to you faster.

See "Related Products" below for Builders Warehouse options other than this order’s specific amount/type, or use "Search" for a wider range of possibilities.

Skip to the end of the images gallery 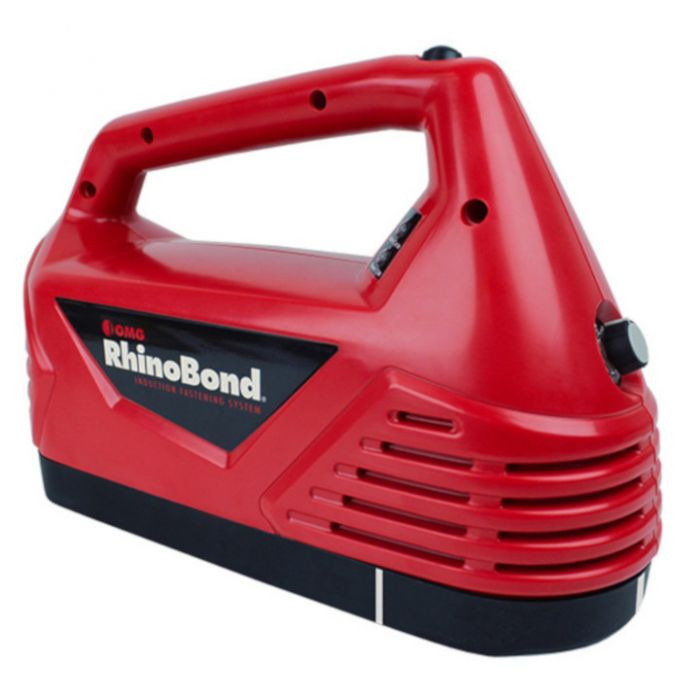 Skip to the beginning of the images gallery
Details

This OMG RhinoBond Hand Welder with 3 Short Magnets is the ideal tool for every roofer. The video below explains the hand welder's use with the magnets.

RhinoBond is an alternative insulation and membrane attachment system for most TPO and PVC membrane roofing. The OMG RhinoBond Hand Welder with 3 Short Magnets is a lightweight, portable induction welder designed to bond RhinoBond plates to TPO and PVC membranes in hard to reach areas such as under rooftop equipment and on vertical surfaces. It can also be used even on vertical surfaces, such as walls, according to manufacturer's specifications.

The stand-alone RhinoBond Hand Welder is ergonomically designed and features a vibrating handle and indicator lights to let users know when the tool is activated and when the weld cycle is complete. The base features a recessed centering design to help users properly align the tool over RhinoBond Plates for optimum bonding.